sachin narain on 24 Apr 2018
⋮
Answered: Ameer Hamza on 24 Apr 2018
Accepted Answer: Ameer Hamza
I have two Uitables .i am checking which cell the user chooses by calling its CellselectionCallBack function and at the same time i want to check which cell the user chooses in the second table also.Is this possible?
Kindly help with this.Any help is appreciated? 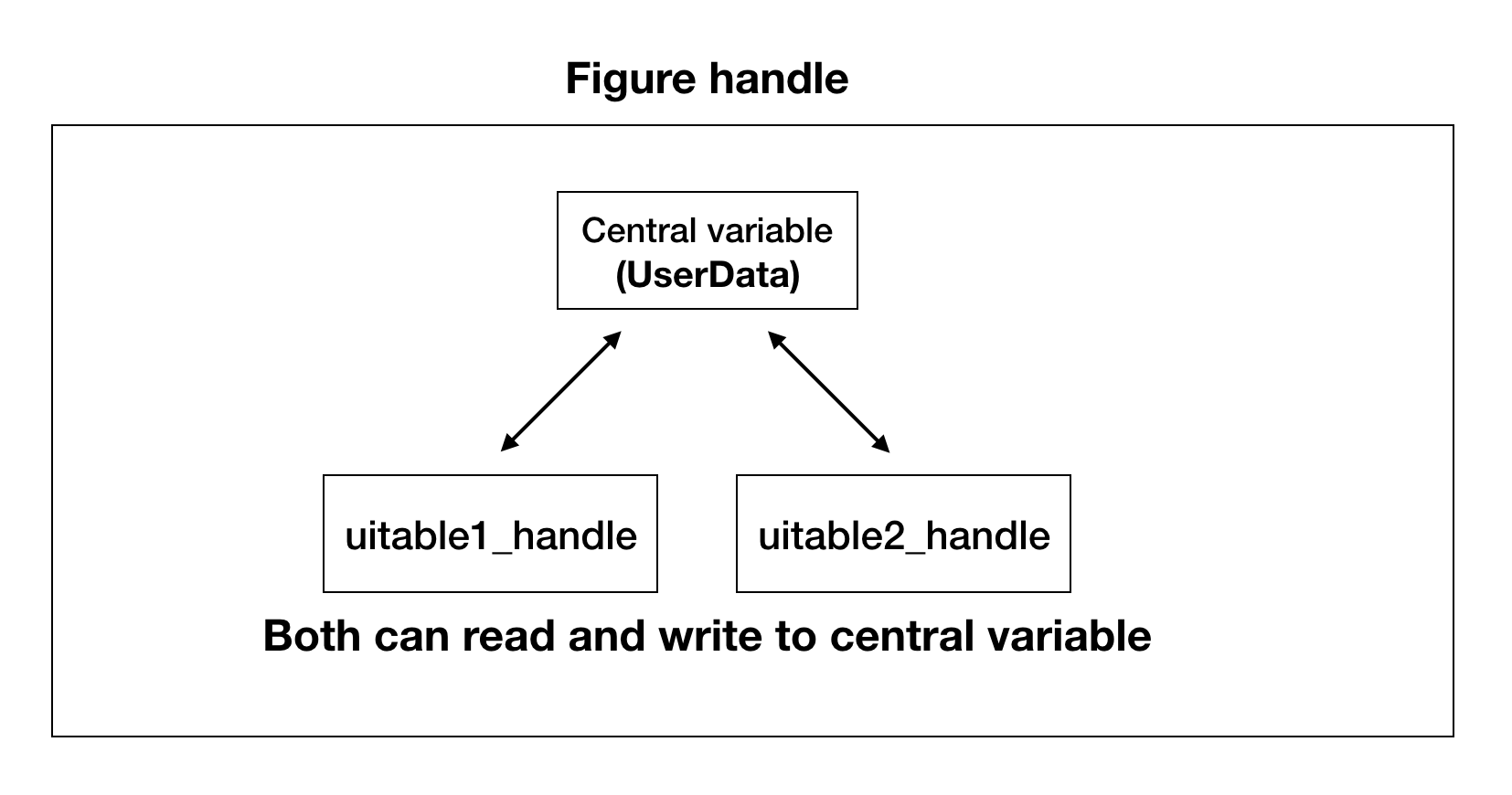