Use Model-Based Design with MATLAB and Simulink to design drive and motor control subsystems, run simulations and tests, and generate prototype and production code

“The primary business benefits of Model-Based Design are shorter development times and lower costs. For me, the biggest advantage comes from knowing that we could use generated code, which made it possible to debug at the model level in Simulink, not at the code level.” 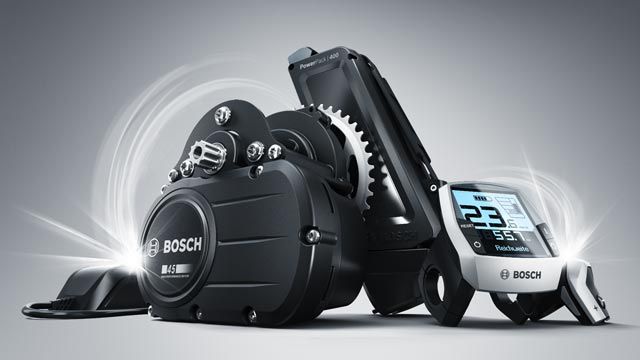 From the start, Bosch eBike Systems engineers used Model-Based Design with MATLAB® and Simulink® to speed the design, implementation, and testing of the control systems for its drive units.

“Our team had just nine months to design and produce customer samples of the drive system, and just five more months before the system was introduced at the Eurobike trade fair,” says Daniel Baumgärtner, lead engineer at Bosch eBike Systems. “Model-Based Design was instrumental in enabling us to deliver the embedded eBike drive system controller within this deadline.”

Bicycle manufacturers launch new models each spring, when most bicycles are purchased. Bosch and other suppliers provide manufacturers with new systems in the summer preceding each launch; otherwise, a full year passes before the systems can be incorporated.

Bosch engineers had a little more than a year to design, implement, test, and prepare the eBike system for demonstration at the prestigious Eurobike trade show.

Because they were building an entirely new system, the team needed a way to simulate their controller design and then quickly deploy it to an embedded microcontroller or prototyping hardware for testing on an actual bike. They wanted to shorten design iterations in which the engineers deploy a design to hardware, either ride the bike or use a test bench to evaluate its performance, refine the design, and then redeploy it for further testing. At the same time, they needed to ensure rider safety.

Bosch engineers used Model-Based Design to develop the eBike drive system, which was completed in accordance with the company’s functional safety standards.

They partitioned the drive system controller into two components: a drive controller and a motor controller.

The drive controller, modeled in Simulink, uses inputs such as the rider’s cadence, the torque applied at the crank, and the bike’s speed to determine how much torque is required from the motor to assist the rider.

To verify the control algorithms, the team performed separate closed-loop simulations of the drive and motor controllers in Simulink.

Using a second rapid prototyping unit, the engineers built a test bench equipped with actuators for pedaling a bicycle and sensors to gather performance metrics. They developed test suites for this setup by modeling scenarios in Simulink and using Simulink Coder to generate code for the test hardware.