Generative adversarial networks (GANs) are a type of deep neural network used to generate synthetic images. The architecture comprises two deep neural networks, a generator and a discriminator, which work against each other (thus, “adversarial”). The generator generates new data instances, while the discriminator evaluates the data for authenticity and decides whether each instance of data is “real” from the training dataset, or “fake” from the generator.

GANs are versatile in that they can learn to generate new instances of any datatype, such as synthetic images of faces, new songs in a certain style, or text of a specific genre.

Using an example of creating synthetic images of money, let’s walk through the specific parts and functions of a GAN architecture. 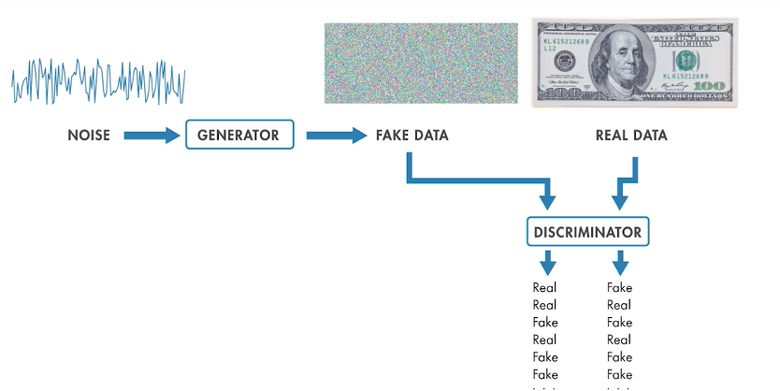 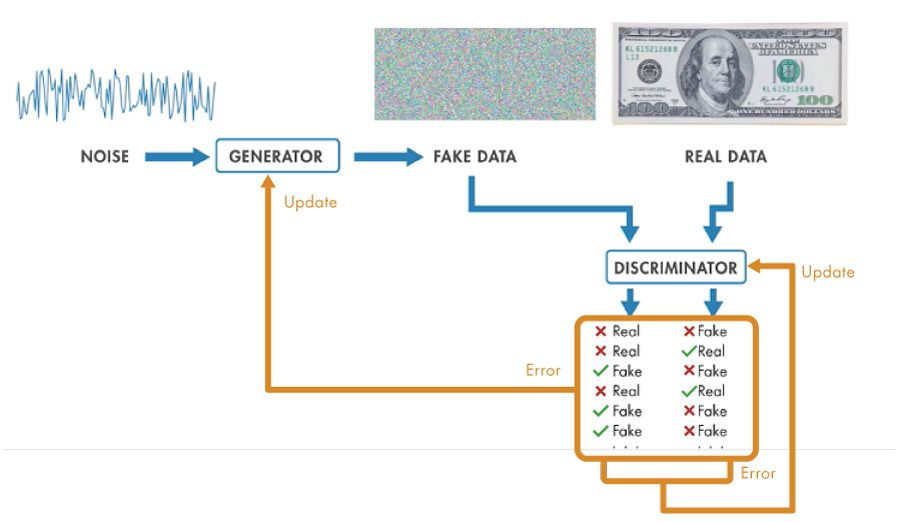 Handwriting generation: As with the image example, GANs are used to create synthetic data. This can be used to supplement smaller datasets that need more examples of data in order to train accurate deep learning models. One example is handwriting detection: in order to train a deep neural network on handwriting, thousands of samples of training data are needed, and to collect this data manually may be time-intensive. 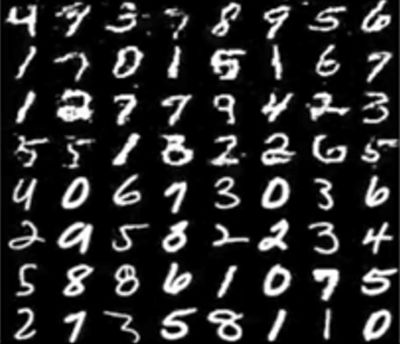 Scene generation: Conditional GANs are a specific type of GAN takes advantage of labels, while the original GAN does not assume labels will be present. Conditional GANs can be used in applications such as scene generation, where there must be a certain organization to the information. Take the example of scene generation for automated driving. The road and sidewalk must be located below the buildings and sky. A synthetic image created for this example that does not adhere to the location of the road will immediately be determined as fake and unusable in an automated driving application.

Audio and Speech Applications: GANs are also used for applications such as text-to-speech synthesis, voice conversion, and speech enhancement. GANs provide significant advantage over traditional audio and speech implementations as they can generate new samples rather than simply augment existing signals. One example in which GANs are used for sound synthesis is to create synthetic version of drum sounds: Train Generative Adversarial Network (GAN) for Sound Synthesis

Note: GANs can be powerful in generating new synthetic data for use in many applications, yet it is often challenging to arrive at accurate results due to many failure modes that may take place. MATLAB lets you monitor GAN training progress and identify common failure modes.