How to start Simulink model on Raspberry Pi automatically on startup? 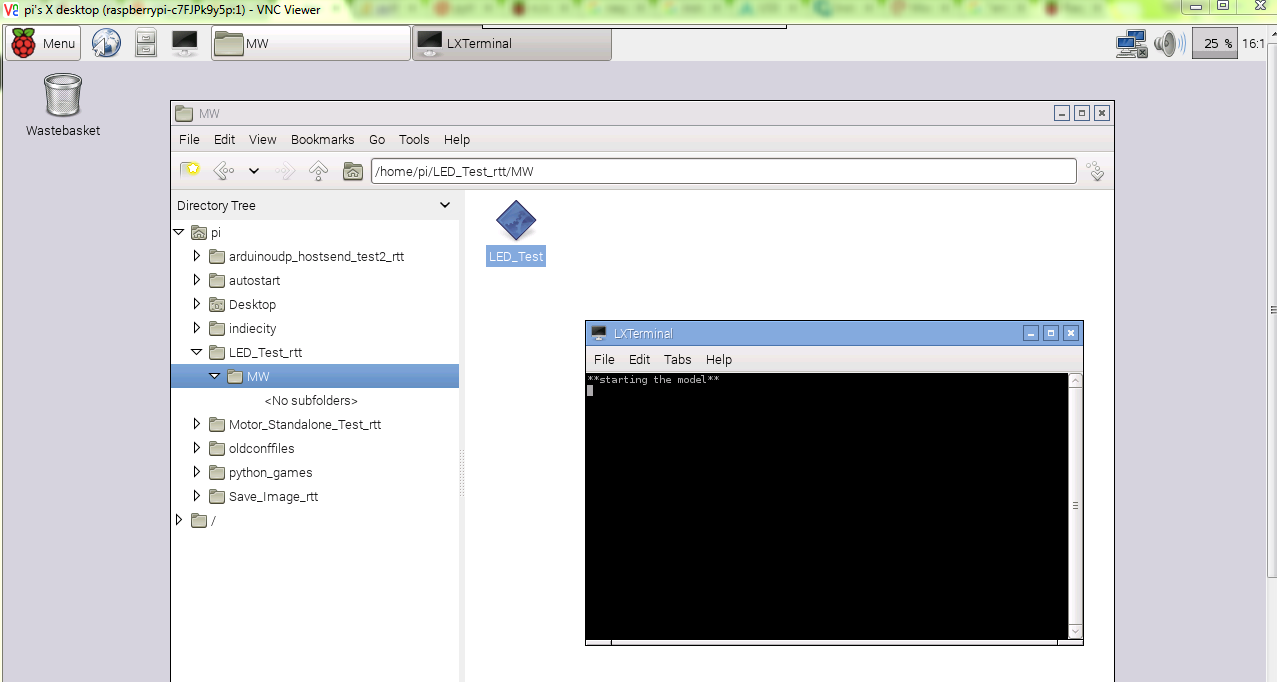 Terminal from VNC viewer.
I went to Terminal from PuTTY to execute the Simulink model that exists in the MW folder. It returned the error:
Error setting GPIO pin direction.

⋮
Is internet connection is mandatory while interconnecting respberry pi with simulink?

Mark McBroom on 19 Mar 2016
⋮
you need yo use sudo because the model is accessing pi hardware
sudo ./LED_Test

⋮
Hello Mark!
The Model on my Pi doesn't start with this command.
The Terminal displays:"Starting The Model", but the Model doesn't start and the Pi doesn't seem to be responding afterwards, because I am not able to enter any new commands..
Would be nice to be hearing from you!

⋮
Solved it myself:
It is important to press: Deploy to Hardware in Simulink GUI. Pressing "Run" only does not create a standalone application on the raspberry pi (model 2 B). At least that's my experience..