ErikJon Pérez Mardaras on 27 Feb 2021
⋮
Commented: ErikJon Pérez Mardaras on 15 Jul 2021
I am making a gears drawing and calculation app in matlab app designer in wich the user enters some variables and its values, and when the user clicks the button, the app runs a script which realizes a bunch of calculations and it shows the results and the gears drawed.
The point is that, if I run the script with the values, the script draws the gears perfectly as you can see in the first image below. But when I run de app (which contains, as long as I know, the exactly same script) it draws the gears quite deformed as you can see in the second image below
First image: when running on command window the script alone 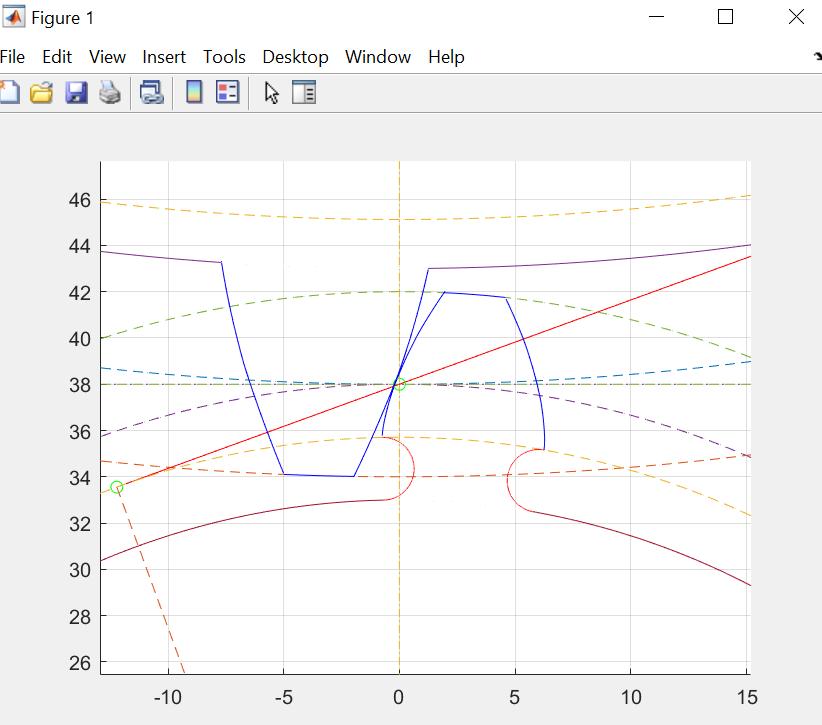 Second image: when running the full app (with the script inside)

I have tried delimiting the X and Y axis values. Of course I have used grid, axis equal and hold on within the code, but anything of this seems to work. Also, it is not a zoom issue, I have zoomed the second image as far as I could and it remains the same deformed drawing.
How is that possible? What am I doing wrong? How can I fix this? Thanks a lot

⋮
I would also expect a script to create the same results, whether in MATLAB or in an app. Plotting can be slightly different in an app. We'd need to see your plotting code to really be able to offer any help, though.
Short of that, are you sure that the exact same inputs/parameters are used to create both plots?

⋮
That was it. They were not the same. Thanks a lot