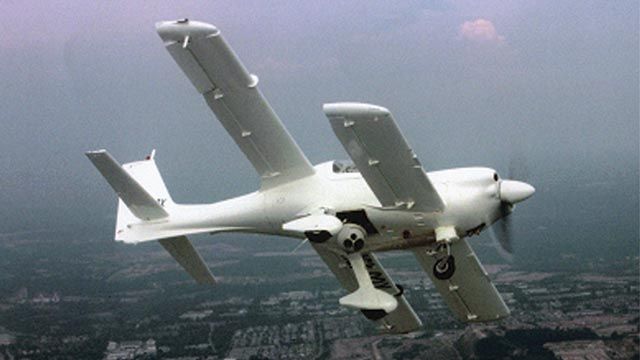 As air vehicle flight control and avionics systems are required to deliver more functionality and perform more complex missions, their onboard software becomes increasingly complicated to design and produce. Flight control systems for unmanned aerial vehicles (UAVs) have the added complexity of autonomous or remote control.

Engineers at BAE Systems Controls had to develop and flight test the avionics system and ground control station software for a UAV with an Eagle 150 airframe and a Teledyne Continental Motors IO-240-B engine. Composites Technology Research Malaysia was responsible for overall UAV integration. Excelnet handled the aircraft modification and integration tasks.

UAV system architecture is highly sophisticated and requires the configuration of such items as a vehicle management controller, actuators, data link receivers and transmitters, payload assembly, a GPS receiver, a power generator, and a battery.

Within a limited budget and an aggressive schedule, the BAE SYSTEMS team had to deliver reliable, flight-critical software that would operate remotely from a ground control station and autonomously. They also wanted a design that would allow both the hardware and the software to be cost-effectively migrated to new applications.

The BAE Systems team wanted to use design tools that were widely used, well tested, and fully compatible. They also needed to work in an environment that was well suited to Model-Based Design.

BAE Systems chose MATLAB®, Simulink®, and Stateflow® to model the UAV system. They decided to save time and costs by reusing existing software designs. These designs included an autopilot model, developed using MATLAB, Simulink, Stateflow, and an integrated navigation algorithm.

The engineers quickly resolved flight test issues by logging and identifying problems and then modifying the Simulink model, testing the new requirements by simulating the model, automatically generating code, and conducting hardware-in-the-loop testing and a flight test checkout. New functionality was added to the system in a similar way.

The first monitored flight of the UAV was a great success. The basic autopilot functions were checked and found to be satisfactory. System requirements were validated during additional flight tests.