atif aziz on 6 Oct 2016
⋮
Answered: cesar silva on 29 Nov 2019
i am writing a thesis to find the shortest path. sink node is at center and all other nodes with in 100*100 sq.m will calculate the shortest path from the sink. if any one can find matlab code plz send me at atifaziz463@yahoo.com

Walter Roberson on 6 Oct 2016
⋮
If this is a regular grid with no obstacles then just follow the edges towards the target.
If instead you have a set of sources that are scattered at integer coordinates within a 100 x 100 grid, such as if you are working on a wireless sensor network, then you need to define the rules about which nodes are connected and the cost of connecting. If you are working on a wireless sensor network then the best path for any one node to transmit in isolation to reach the sink is not the best approach to take if all of the nodes need to communicate with the sink within a short time, because some of the links would get clogged. Just like with a traffic jam, sometimes you can get somewhere faster by taking a longer route that is in less demand.

⋮
Attach the picture here. I do not answer much of the MATLAB related email that is sent to me.

⋮
the pic not uploaded . i can the scenario that sink is in center in the field and node that are far away from the center check the shortest path to send the packet all nodes after deployment are static.sink calculate the distance from source to itself and send shortest path to node for sending the packet. i need code of this scenario. plz help me for code

⋮
If the picture was too big to upload, you could zip it and attach the zip file.
Or upload the picture somewhere else such as Google Drive and post the URL. 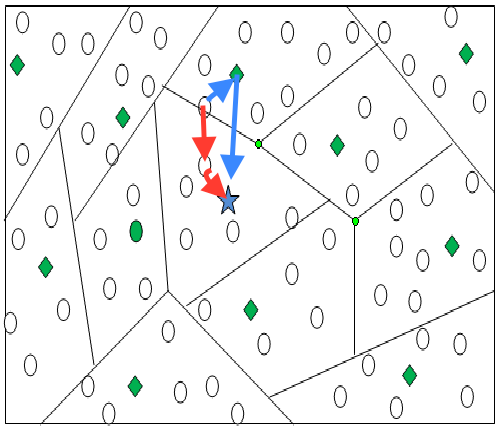 ⋮
thanks for sending the code my requirement is that destination is only one that is lying in the center which we call it base station first data is sent to cluster head that is in diamond shape. Cluster head will data to Base station which lie in the center So kindly adjust the according to my situation. i shall be very thankful to you

⋮
thanks i again feel difficulty if i send whole code of my thesis u can adjust this code in my code ?

⋮
No, I will not do that for you. You are having too much difficulty explaining what you want to do; it would take too much of my time to go back and forth with you so that we understand each other, and I think I would end up having to rewrite too much of your code.

cesar silva on 29 Nov 2019
⋮
EVEN ITS AN OLD POST, SOMEONE ELSE MAYBE COMES HERE LOOKING FOR A HELP... HERE IT IS:
code here: (https://github.com/cesarfgs/matlab-wsn-code)
DESCRIPTION OF THE CODE AVAILABLE IN GITHUB LINK ABOVE:
1) you can choose node number (nodeNo parameter)
2) you can choose node signal range (range parameter - Its a 1x1 Kilometer area, algo range in meters)
3) once network nodes position randomly formed and all nodes neighbors by radius (range) criteria...
3.1) Shorthestpath nodes discovered between node 1 (sender) and node 2 (receiver) start energy consumption due routing (forward) task...
3.2) As soon 1 node dies, current route becames "useless"
3.3) New shortest path is discovered... (restart 3.1 till no more routes available)
4) I assume that every energy consumption loop is 1 packet transmittion
5) At the end, it "reports":
5.1) All routes discovery events from the begging till the end of network (no more routes)
5.2) hop count of each route iteration
5.3) Nodes involved (In the same order they are met in route)
5.4) Hypothetical packets transmitted
5.5) Dead node number (ID) every iteration
6) It also plots the original WSN
7) ALso plot every routing loop result and report
8) Mark all nodes involved ini each route event
9) Mark all dead nodes
10) Write reports to an external file into same folder the main.m file is
I hope it helps some one....