How do I determine the linear part of a force-displacement curve?

Moein M on 19 Aug 2020
⋮
Commented: schilakwad on 15 Feb 2021
Accepted Answer: Star Strider
I have a force-displacement graph (the attached file) and I want to find out exactly at what point the linear portion of the graph ends. Please see the picture for more clarification. 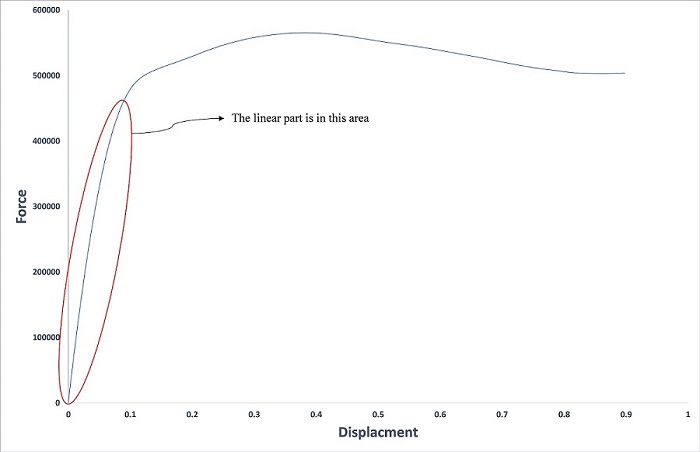 I've already smoothed out the curve, so it is noiseless.
I did a quick search but couldn't find anything useful.
Any help would be highly appreciated. 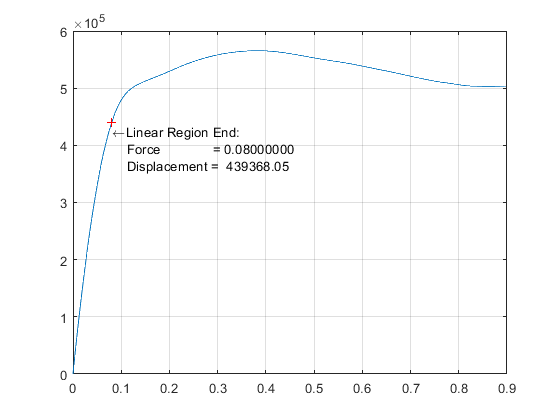 Experiment with ‘ThrVal’ to get the result you want. The value I chose appears to do what you want, however it may need some minor adjustments.
The ischange function was introduced in R2017b. Another option is the Signal Processing Toolbox findchangepts function (with different argumnents and behaviour), introduced in R2016a.

⋮
As always, my pleasure!

⋮
Hi, how did you select this particular threshold value? I'm trying to do something very similar and am unsure of the appropriate ThrVal to go for.

⋮
schilakwad —
‘... how did you select this particular threshold value?’
I doubt that there is any specific way of actually approximating it through calculation. Note that I got all 3 outputs from ischange, so one of the criteria I use is the second one (slope, with the 'linear' option), plot it separately, and see where it changes, usually with respect to a tolerance. (I do not remember exactly how I arrived at the specific value of ‘ThrVal’ here.)

John D'Errico on 15 Feb 2021
⋮
Edited: John D'Errico on 15 Feb 2021
You have already accepted Star's answer, so you may not even see this answer. But in fact, there is no linear part of such a curve. A perfectly elastic material should show an initially linear behavior, true. So is this force-displacement curve representative of a perfectly linearly elastic material?
plot(F,D,'-') 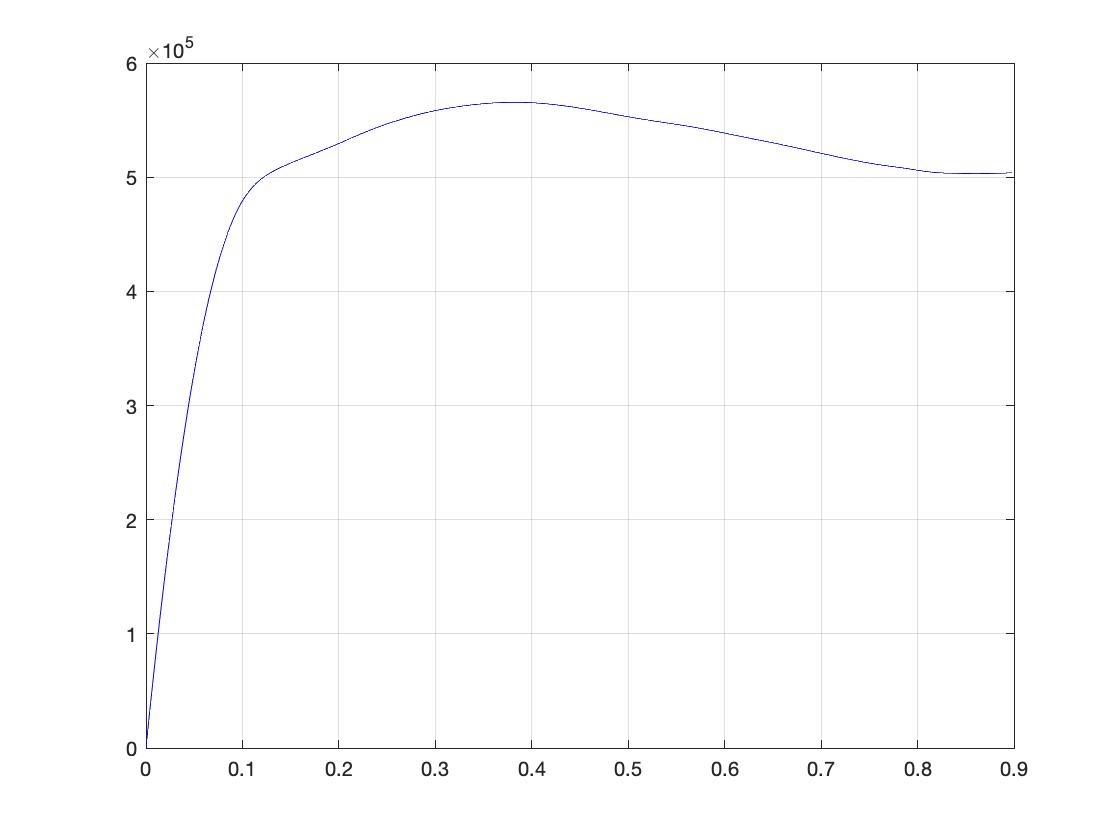 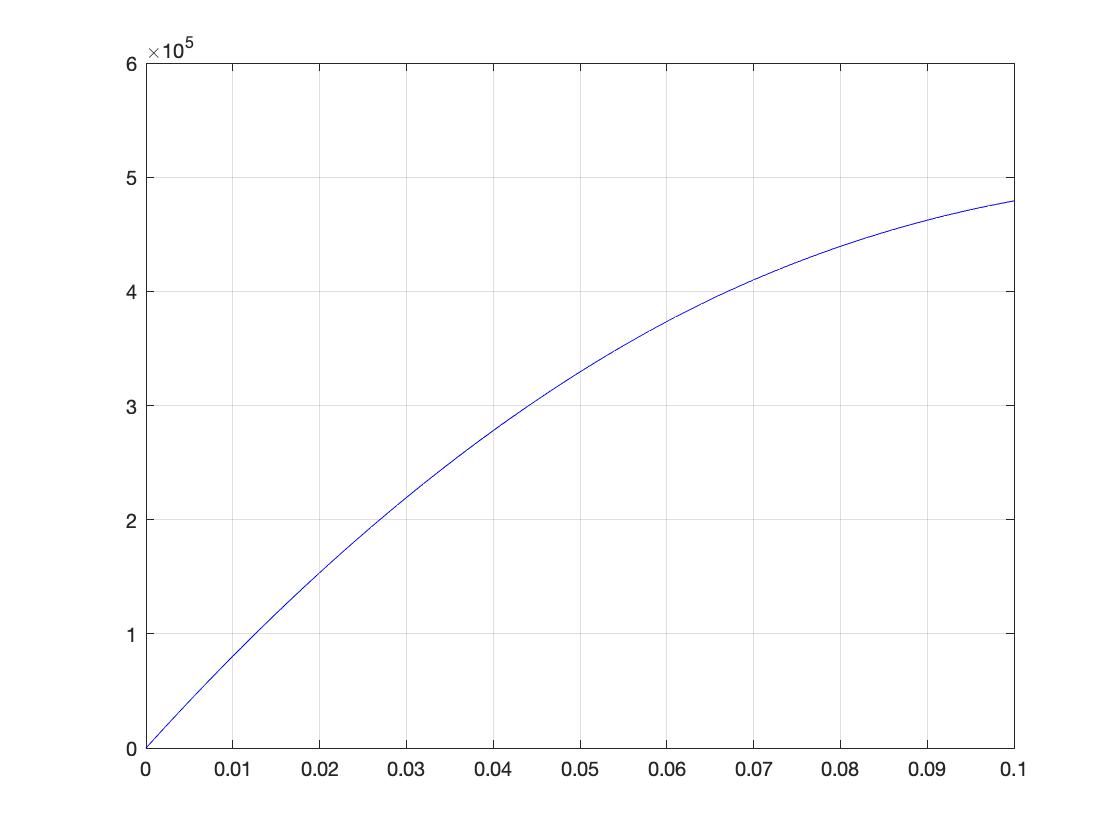 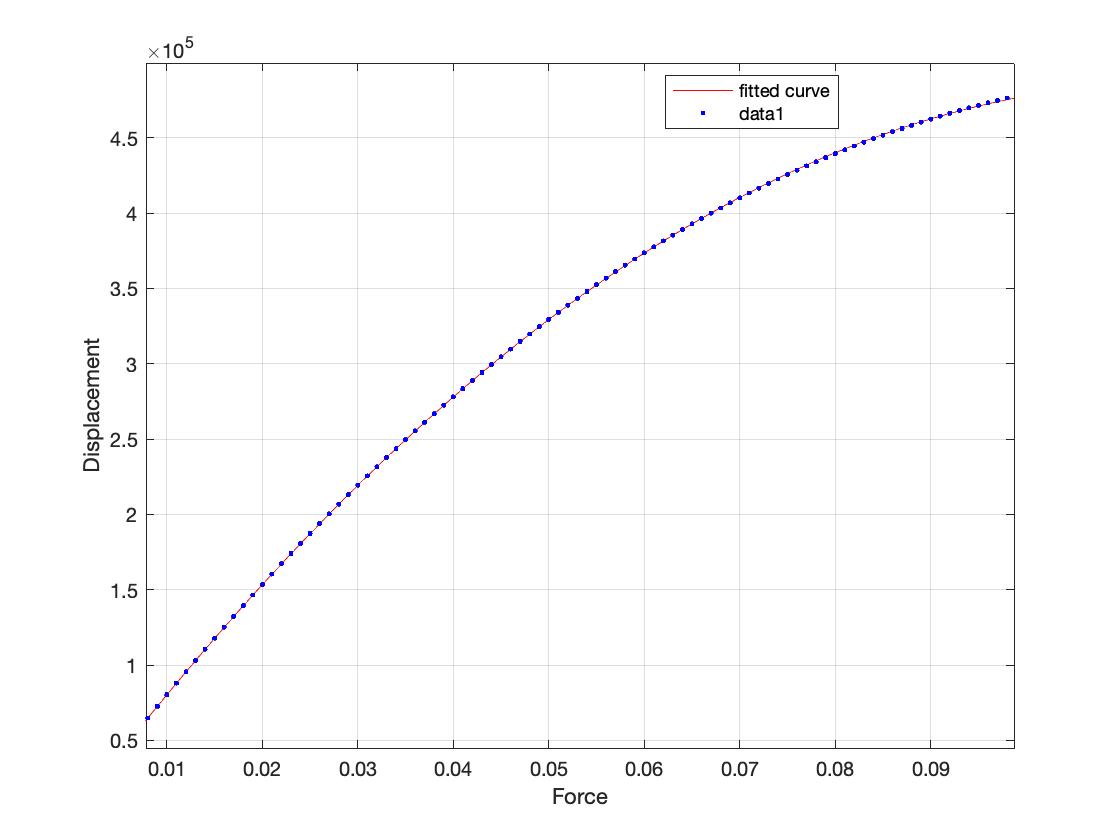 And that leaves me with the claim this curve is not that of an perfectly elastic material (within bounds before it undergoes plastic deformation) but that of a nonlinearly elastic material. There is essentially NO linear section of the start of that curve.
At best, you may decide to approximate it with a linear section, but that would mistake the true behavior seen here. As well, if this really is the force-displacement curve (I wonder how much you smoothed the curve) I would look to see if the material undergoes plastic deformation, so after you stretch it by a small amount, and then release it, does that mateiral return to the original rest length?
Finally, there is a distinct possibility that whatever tool you used to "smooth" this curve was used inappropriately, causing the curve to APPEAR to be so strongly quadratic. I cannot know for certain if this is true, but it seems highly likely, as that section of the curve is clearly very strongly a quadratic polynomial. If that is the case, then your smoothing of the data made it impossible to truly understand the behavior of this material. 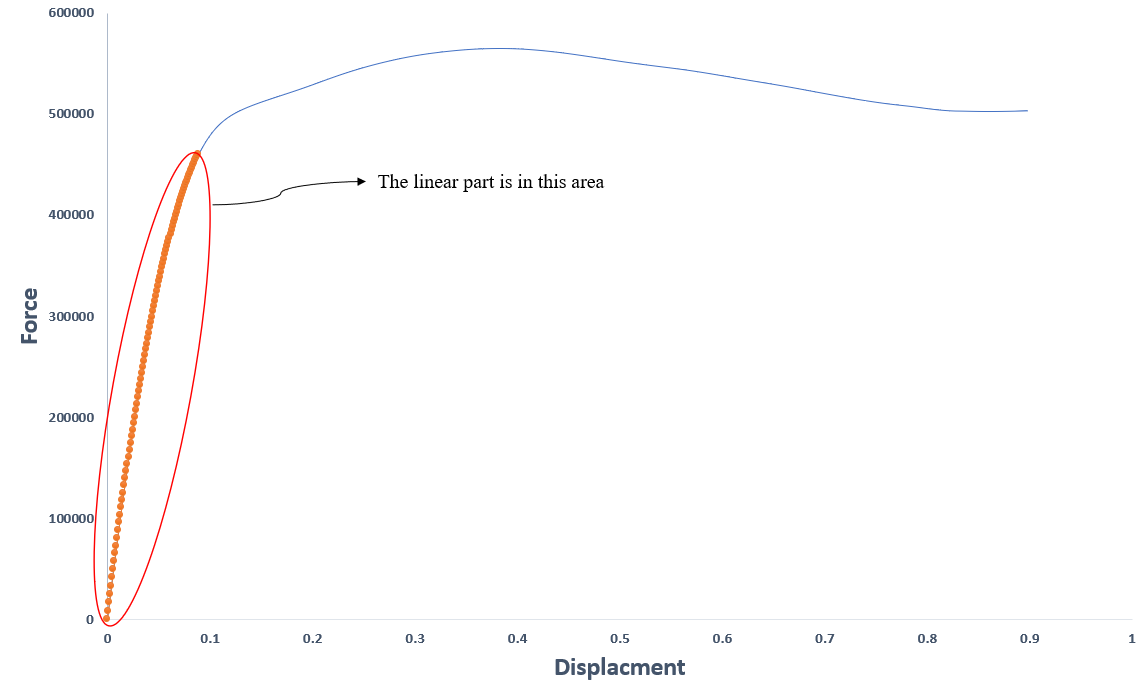 ⋮
Thank you for your feedback.
The ellipse was just to give a rough estimation of where the linear portion of the graph lies. It's not exact.
Anyway, thanks again.