From the series: Modeling an Infusion Pump

Learn how to model and simulate an infusion pump delivery system using Simulink® and add-on products. See how Model-Based Design can help you simulate the behavior of an infusion pump by simulating electrical, mechanical, and fluid systems in a single environment.

The infusion pump plays a critical role in delivering medicine smoothly to patients. If there is an obstruction in the delivery line (the IV line), the infusion pump logical system goes into alarm mode and turns off the motor.

Hi my name is Ravali, and I'm an application engineer for medical devices at MathWorks. Today in this video, we will be starting off a CDS on modeling an infusion pump. First and foremost, in this video we will be focusing on the introduction of the infusion pump, and then all of you to understand what are the different components that make up this model of an infusion pump. And what exactly is this device and where does it used?

An infusion pump is a medical device that is used to deliver medicine to patients. And it's more often than not, used in a hospital setting where there is a necessity for a precise and continuous manner in which the medicine is delivered. Its most important feature is the delivery of medicine, but one other crucial aspect that comes in with an infusion pump is its ability to detect occlusion.

We'll be taking a look at such a model today and see how we can assimilate various what-if-scenarios in order to understand the infusion pumps behavior. Let's hop on a road to Simulink. This is the environment of Simulink which is basically an ingenious playground, and where one can make anything ranging from-- and where one can model anything ranging from something as simple as a mathematical equation, to also figuring out what-if-scenarios of an infusion pump.

Now in this example with the infusion pump, we have three subsystems. First, we have the command generation module, which is basically the user-interface. This is where the user comes in, in order to power on the infusion pump, put in values such as the volume of the medicine that has to be delivered, how often the medicine has to be delivered, and parameters like that.

Then we have the control or logical unit which is the decision maker or the brain of this model. Within this besides the infusion pump software model to make decisions. In order to make decisions about when the water has to be powered on, to identify the occlusion and also turn off the entire system, should there be an extreme increase in the delivery line pressure.

And finally we have the planned subsystem, which is made up of all of the components, or rather it's made up of the physical component that make up the infusion pump, such as a syringe, the D.C. Motor, the delivery line etc. Now that we have seen the three subsystems that make up the infusion pump, let's take a look at its behaviour. The power of simulation lies in the fact that, at the click of a button I am able to take a look at the performance of an entire medical device.

As I mentioned earlier on, the infusion pump's feature is its ability to deliver medicine, so which is exactly what we're observing here. That is, a pattern to the rise and there's a pattern to the increase and decrease of the motor speed and also the delivery line pressure.

Now one of its features is the ability to detect occlusion, and that is programmed into the infusion pump's software model. Thereby, if there arises a scenario where there is a bubble or a blood clot, or even a knot in the delivery line, that's where there will be an alarming increase in the delivery line pressure, which is what we are observing in this particular section.

At about 52 or 53 seconds, there's a sudden increase in the delivery line pressure and it goes on shooting up. This is where the software of the infusion pump kicks in, identifies that there is a certain threshold beyond which the delivery line is shot, and as a result is in an emergency mode, and then it shuts it off.

And this is where we note the importance of simulation in that not only can we take a look at the behavior of our systems, but also simulate various non-ideal situations in order to see how the system might fare in the real world. And so we saw that as the infusion pump was programmed, it goes into a shutoff mode when the delivery line pressure shoots up beyond a certain limit.

Now that we've taken a look at the infusion pump's different sections, let's take a look at how this ties in with the process of model-based design. So one of the most crucial questions that we ask ourselves in today's world is why is medical device development so difficult and why does it take so long. And there's a plethora of reasons for that.

First and foremost, there are safety critical product in that there are people's lives on the line. Technically, they're complex in nature. With the advent of technology, we have at our hand a host of engineering domains that can work in tandem in order to create a medical device. And thereby with the complexity increasing, so does the difficulty in submitting to the regulatory bodies, such as the FDA. Reasons is that as far as the complexity of these medical devices increases, it goes to show that we have people from different domains working together.

Now if we were to take a look at the traditional development process, we would have certain steps. First up, we received the requirements and specifications which are then distributed to the various teams of scientists and engineers. These folks work on their various platforms in order to contribute to each of their domains that make up the entire device, and then finally come together for the integration and testing phases.

Now in an ideal world, all of this would have been a smooth process with no hiccups from start to finish. And you get your medical device exactly on the day that you plan to.

However, we don't live in an ideal world. There might be abrupt changes in the requirements. There could be constant updates. There could be a lack of material available, or maybe the customer requires a different set of sensors that need to be used.

Now with each of these different teams working on various platforms, there is a lack of communication between each of these teams. And in case they found an error towards the end, that would set them back by quite a few days before they met the deadline.

And finally, when you're happy with the model, you can then deploy it onto hardware prototypes and take a look at how the medical device fares before it goes into production and out into the market.

Now you might wonder, what are the different industries that make use of the model-based design process in order to develop their systems. Or, industries were model-based design is used are actually heavily regulated industries, such as the automobile industry or even the aircraft industry. And all of these folks have their own stories to tell.

So now that we've taken a look at the infusion pump's three subsystems, we can then move on to the next video. In the next section, we'll be talking about how each of the subsystems are designed and what are the different components that make up the infusion pump in detail. Thank you for listening. 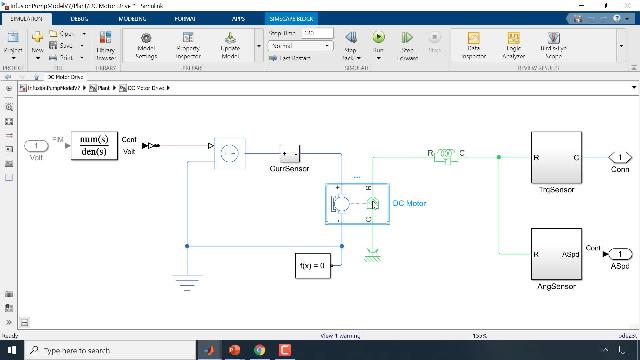