“Adding Simulink to our design process has significantly reduced product development cycles without compromising simulation speed or the level of accuracy required.” 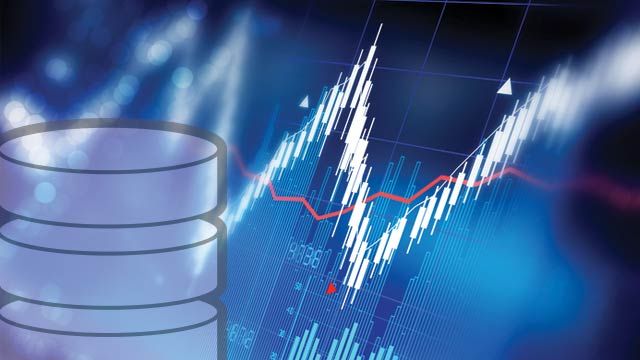 Quantum Corporation is a leading supplier of storage solutions, technology, and services in an industry where competition is fierce. Staying ahead in this tough market puts intense pressure on engineers to produce the highest-quality product and get it to market fast. Quantum maintains its competitive position with designs that consistently come in on spec and on time. But making this happen, Quantum discovered, called for nothing less than a transformation of the entire design process.

Disk drives depend on a combination of controls and signal processing to ensure that large amounts of data can move from magnetic disk to computer and back quickly and accurately. Control engineers work to optimize the movement of the media and the magnetic heads, while the read/write channel developers use advanced analog and digital signal processing to increase storage capacity and reduce error rates.

Quantum’s design process was a traditional one involving a complicated and time-consuming series of steps and many disparate design tools that had no common interface. The first step was developing algorithms that described component functions in C or MATLAB ®. The focus at this stage was primarily on mathematical modeling, with limited consideration of implementation issues or manufacturing tradeoffs. Development then progressed straight to low-level HSPICE ®, PSpice ®, or Spectre ® modeling for the analog component and to Verilog ® for the digital system design. Implementation with application-specific integrated circuits (ASICs) followed. Testing usually required additional verification tools.

Among the roadblocks to productivity that engineers typically confronted were the necessity for manual recoding at each design stage, ambiguity of design specifications, the inability to reuse their work, and expensive delays. What was needed was a comprehensive, integrated design and simulation environment for both control and signal processing tasks.

Using MathWorks software, Quantum engineers have replaced the traditional process with one that integrates algorithm development with system simulation and verification and has a direct path from initial product development to implementation.

Designing at the system level with Simulink® offered a number of advantages for both control and read/write channel engineers at Quantum: an environment that supports mixed-signal simulation, versatile tools for examining design tradeoffs and alternatives, libraries of algorithms and blocks that can be customized and reused, and support for both UNIX- and PC-based platforms.

At Quantum today, once the algorithms are developed in MATLAB, they can be incorporated easily into mixed-signal models built with Simulink and Stateflow®, allowing the engineers to verify system architecture and functionality at the top level. MATLAB and DSP System Toolbox™ can be applied to the results to analyze and optimize performance and measure overall behaviors, such as error rate.

Complex systems such as disk drives need a mixed-signal simulator, which provides numerical integration algorithms for accurate time-step control, as well as fixed-step scheduling for discrete-time behavior. This steady-state analog or digital behavior is easily modeled in Simulink because the software can model linear, nonlinear, analog, digital, and asynchronous timing systems. The event-driven, logical control nature of the systems can be modeled in Stateflow, which allows the engineers to describe subsystems as finite state machines. As the system changes in response to events, Stateflow sends signals to control other parts of the Simulink model to change their functionality.

Since much of the read channel engineer’s work is implemented in an ASIC, the tools must provide a path to hardware design. Because Simulink models integrate with products like Verilog and Spectre, more time and effort is saved as the design passes, tested and intact, into hardware development.