Design and analyze inertial navigation systems with MATLAB and Simulink

A GPS-aided inertial navigation system (or GPS/INS) also includes a GPS receiver. With MATLAB® and Simulink®, you can generate simulated sensor data and fuse raw data from the various sensors involved.

With MATLAB and Simulink, you can model an individual inertial sensor that matches specific data sheet parameters. You can develop, tune, and deploy inertial fusion filters, and you can tune the filters to account for environmental and noise properties to mimic real-world effects.

Using MATLAB and Simulink, you can:

You can also deploy the filters by generating C/C++ code using MATLAB Coder™. 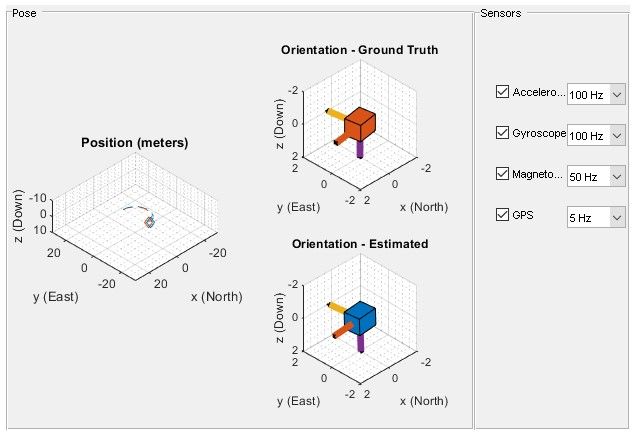